the book is done and almost at the printers
an Iron Warriors character (?) has been seen, with a huge servo harness
possible new Obliterators (plastic or Finecast?)
painted versions of all 4 cult terminators have been sighted - could be conversions though
plastic Plaguebearers on round bases have been sighted


The already "known" Necron wave was confirmed: 2 flyers, the big walker, the jet bikes, Wraiths and Spiders. I quote: "The wraiths and spiders did NOT look like a dual kit".


Quote:
There ware also a few Nids ready to go, the Tervigon/Tyranofex dual kit and a flyer that I wasn't familiar with, looked about lictor sized but more resembled a winged zoanthrope.
Confirms the usual suspects - but the other beasty sounds like the Parasite of Mortex to me, not the Harpy.

And last, but definetely not least: more flyers seem to be in the works, including an Ork Fighter! It seemed to be very similar to the FW version. No specific mention of a timeframe was given - expect it sometime the next six months.
Par LOZACH à 16:03 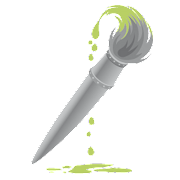